We all can’t wait to hit the bed after working or studying so hard during the day. Our feet take us to faraway places and we get to push our body’s limit but our body badly needs to rest and recuperate once night time falls. You can only do so much during the day and the effort and exertion will take its toll on your body. 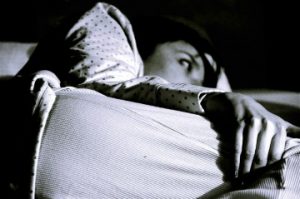 However, there are instances when going to sleep is easier said than done. Aside from too much preoccupation with smart gadgets and social media, there are sleeping conditions that affect our sleeping patterns big time. Have you ever heard of sleep apnea? Probably not. However, you have likely heard snoring people for years now, right?

Sleep apnea refers to interrupted breathing during sleep. Obstructive sleep apnea is the most common form of sleep apnea. It is a serious disorder that causes the throat to close until airways become blocked and breathing gets interrupted or stops for a varying amount of time during sleep. This may decrease oxygen supply to the brain, causing people to wake up multiple times in the middle of the night.

Common symptoms are breath pauses, frequent snoring and choking or gasping sounds during sleep. Those who suffer from sleep apnea often feel fatigue throughout the day and, in some cases, people will unintentionally fall asleep at undesired times. The lack of sleep causes people to wake up feeling unrefreshed and with morning headaches. Untreated sleep apnea can worsen and in some cases result in medical problems including high blood pressure, diabetes, stroke and depression.

While snoring is a symptom of sleep apnea, not all snorers actually have the condition. It is why getting yourself checked in a sleep clinic is crucial if you are worried and want to confirm diagnosis so you can get appropriate treatment as well.

Bonk, a Hockessin resident, dismissed his symptoms as a side effect of working too hard at his former job as public relations director for the Blood Bank of Delmarva. But things kept getting worse. He began to fall asleep while driving at night, only narrowly avoiding collisions on a few occasions. While on a camping vacation with his daughters, Bonk was kicked out of the tent for snoring too loudly.

Finally, he decided to get professional help. His doctor ordered him to get a test for sleep apnea, a disorder that disrupts a patient’s breathing while sleeping. The test revealed Bonk stopped breathing as much as 30 times an hour.

“I was shocked,” Bonk said.

Bonk is one of 22 million Americans who suffers from sleep apnea, according to data from the American Sleep Apnea Association. The same organization estimates that more than 80 percent of sleep apnea cases are undiagnosed

Sleep apnea is characterized by loud snoring that occurs before a person stops breathing. The breathing pause can last a few seconds or several minutes and may happen many times during the night. It has been linked to daytime sleepiness and a host of other diseases.

It is not only your health that is compromised with sleep apnea but your safety, as well as other bothersome symptoms, can put your life at risk, not to mention the scary part of breathing pauses while sleeping at night. As awareness about the condition increases, more and more people who have sleeping issues get themselves checked in sleep clinics to save themselves from potentially deadly complications. Partners of snorers also lose sleep because the snoring is just too loud that falling asleep is virtually impossible.

Fortunately, newer technologies also enabled the experts to come up with innovative solutions to this annoying and deadly problem of sleep apnea. Anti-snoring mouthpieces like https://snoringmouthpiecereview.org/good-morning-snore-solution can offer relief from snoring and save the snorer from those deadly breathing pauses while you can also look into https://snoringmouthpiecereview.org/snorerx as a possible solution. There are much more similar products in the market so you can be sure you’ll be able to find one that can offer you relief without having to go under the knife or use an inconvenient old remedy like CPAP.