Almost everyone is hooked on technology these days. It no longer comes as a surprise seeing how much technology there is in the world right now. It basically makes the world go round and we seem to like it that way. Not only adults but even the young ones seem to have adopted this way of life especially that they grew up seeing technology all around them. Kids as young as two have their own tablets to help them pass the time and keep them entertained, so it just makes sense why they have carried this habit well into their childhood and teenage years. As convenient technology has made our life, it has some nasty downsides and it all boils down to our health. 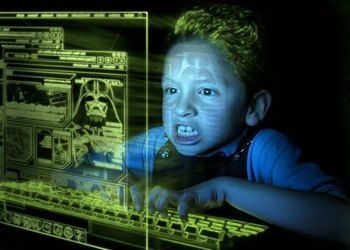 We all know how too much exposure to technology can mess with your sleep. Instead of sleeping, you end up pushing your bedtime into the wee hours of the morning as you try to satiate your fear of missing out. Back then, people rarely cared about what their friend had for dinner last night or what their favorite celebrity did during their vacation but since we have access to all those things now, it seems like an insatiable desire to know as much as we can. The television is not the only distraction. Your own smart devices and smartphone are excellent platforms that allow you to connect to the web and do all sorts of exciting things to keep you entertained as you wait for sleep to come.

Previous research has found associations between more technology use and less sleep, more inattention, and higher BMIs in adolescents. But even though research shows that 40 percent of children have cell phones by fifth grade, the researchers said not as much was known about the effects of technology on a younger population.

Parents these days just hand their kids with gadgets to keep them preoccupied as they struggle to multitask on a lot of things. Many of these kids can’t last a few hours without tinkering with their devices and the long-term results of this kind of neglect are yet to be determined in the coming years but we can already see dangerous patterns and immediate effects of too much screen time to both young and old people. Sleep is the first thing they lose and it triggers a domino effect of innumerable conditions that are worsened by the lack of sleep. We all know that sleep is crucial to growing up strong and healthy, the very things that kids need for optimal health.

Past studies have found that teens are particularly likely to struggle with technology addiction. This study suggested kids often have a difficult time self-regulating their screen time, which can take a toll on both the quality and quantity of sleep they get.

Curbing technology use at bedtime can help “encourage childhood development and promote mental health during the childhood and adolescent years,” she said.

The American Academy of Pediatrics (AAP) recommends that parents set boundaries for technology use, such as requiring kids to put away their devices during meal times and keeping phones out of bedrooms at night.

First and foremost, it is the parent’s responsibility to limit the tech use of their children. They have the parental control and authority to do so yet how can you expect them to do this when they themselves struggle with managing their own habits that likewise involve screen time. For starters, parents can set schedules as to when their children can use their devices. Homework should be done first and there should be plenty of time left before bedtime so their bodies have a chance of mellowing down for the night and not too triggered anymore over the last post they saw online. Regularly changing the WiFi password will also work so that they don’t have a choice but to call it a night like what children do in the past in the absence of modern contrivances.

This only works to bad habits involving too much screen time. If your problem is of medical origin like sleep apnea that is one of the major reasons why people can’t sleep fitfully at night, you need an entirely different solution. Aside from CPAP and surgery, more convenient alternatives like anti-snoring mouthpieces such as https://snoringmouthpiecereview.org/good-morning-snore-solution and https://snoringmouthpiecereview.org/sleeptight can help you sleep better through the night and hopefully save your life and sanity too.