Sleep is not just a luxury but a necessity for us to be healthy and live a long life. You can’t keep on abusing your body by depriving of precious sleep that does a lot of wonders in rejuvenating the body and expect yourself to be of optimal health all the time. There are many curative properties that only sleep can offer. If you are in doubt, go argue with science because they make the rules. Unfortunately, sleep quality and quantity has been deteriorating in recent years because of our obsession with technology. Instead of calling it a day and tucking yourself to bed and doze of the dreamland, you are still up and about going over nonsense things that you never thought mattered to you before until smart technology and social media happened. 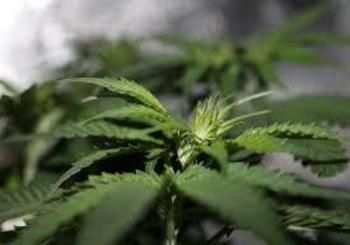 It is not nice to constantly lose sleep. If it is your own choice to give up this divine gift, then it is time to change your ways now while you still can but if not, then don’t hesitate in getting yourself checked. There are certain medical conditions that make sleep impossible, not only for yourself but to the person next to you. Sleep apnea is the first thing to come to mind because apparently, many people complain about it, which does not come as a surprise anymore. Just the loud and annoying snoring sound is enough to keep you up all night. It has even ended relationships and marriages, which is just proof of the power of sleep (or the lack of it) over us.

A synthetic cannabis-like drug in a pill was safe and effective in treating obstructive sleep apnea in the first large multi-site study of a drug for apnea funded by the National Institutes of Health. The study was conducted at Northwestern Medicine and the University of Illinois at Chicago (UIC).

There is currently no drug treatment for sleep apnea, a sleep breathing disorder affecting about 30 million individuals in the United States. In sleep apnea, breathing is interrupted, and these pauses can last from a few seconds to minutes and may occur 30 times or more an hour. Untreated apnea raises the risk of heart disease, diabetes, sleepiness, cognitive impairment and a motor vehicle accident.

Participants in the trial had reduced apnea and decreased subjective sleepiness.

The common treatment for sleep apnea is a CPAP (Continuous Positive Airway Pressure) device that delivers air (acting like an air splint) to prevent collapse of the airway and breathing pauses. But adherence to the device can be challenging for many patients, some who simply stop using it.

For years, we have been searching endlessly for the solution to this sleeping woe. Until today, we can only fully rely on CPAP as the trusted medical management of sleep apnea but it is not the most convenient one to use. Many patients would rather compromise their health rather than wear CPAP in their sleep because it is extremely inconvenient to use. Breakthrough studies today show that there is a possible alternative to sleep apnea treatment in the form of a cannabis-like medicine, so you no longer worry about dying in your sleep because of the breathing pauses that characterizes sleep apnea.

But can a person simply ingest or smoke marijuana and get the same benefits for sleep apnea?

No, said Zee. “Different types of cannabis have different ingredients,” she noted. “The active ingredient may not be exactly the same as what’s indicated for sleep apnea.”

UIC has licensed intellectual property related to the experimental drug treatment used in the study to the pharmaceutical company RespireRx.

Researchers have attempted to identify drugs to treat sleep apnea for nearly 35 years, but to no avail, Carley explained.

It is not marijuana per see but a pill that strongly resembles properties of a cannabinoid. Studies have shown so far that it has beneficial effects to sleep apnea sufferers but more research is needed to make sure that we have the right assumptions or not. For now, let’s all hope that it will be a success in the future and we can finally have something else to battle sleep apnea with aside from CPAP that is dreaded by all https://snoringmouthpiecereview.org/why-a-cpap-machine-is-probably-not-for-you. These multiple breathing pauses in your sleep are serious issues because they are life-threatening. Your brain is seriously deciding whether to let you sleep or breathe, so any advancements when it comes to sleep apnea is widely accepted by many.

But for now, you can use the following handy yet effective anti-snoring mouthpieces to protect you from the dangers of sleep apnea while we are awaiting further results of the study. This one https://snoringmouthpiecereview.org/snorerx is a great choice because it is handy and easy to use but also make sure you live long enough until you wake up the next morning without suffering any deadly consequences.