When something is unpleasant, there will be someone out there in the world that wants to invent something to make it stop. Snoring has been around for as long as human beings have had mouths, but only in recent years have anti-snoring devices become big players in the market. 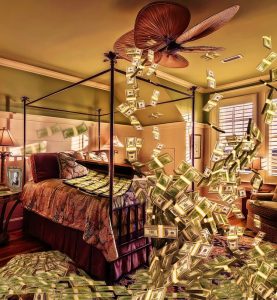 There are dozens of appliances and gimmicks to try and now surgery designed to help reduce or eliminate snoring is on the rise. This is good news for those who invest in stocks and also for those who suffer from snoring. The more industries and companies that are out there trying to design and develop something to combat this issue means you will have a lot of options to choose from. This also means a lot of research is going into developing a new and improved device so you no longer have to settle for your grandmothers nasal strips.

Global anti-snoring devices and snoring surgery market is expected to reach USD 1.84 billion by 2024, according to a new report by Grand View Research, Inc. The anti-snoring devices and snoring surgery market is anticipated to witness a lucrative growth during the period 2016 to 2024. The factors contributing towards the growth of the market are the growing awareness levels about the ill effects of snoring, rising elderly and obese population, the presence of an unexploited consumer base, and the increasing consumption of alcohol and cigarettes. However, factors such as the cost prohibitive nature of the products, limited efficacy of the presently available treatments, and the presence of an unpropitious reimbursement scenario are likely to hinder the growth of the market.

The market is segmented into anti-snoring devices and snoring surgery segments. The anti-snoring devices segment includes oral appliances, nasal devices, position control devices, chin straps, tongue stabilizing devices, and expiratory positive airway pressure therapy devices. The surgery segment includes uvulopalatopharyngoplasty, laser-assisted uvulopalatoplasty, radiofrequency ablation, sclerotherapy, pillar procedure, and others. North America and Europe are the major shareholders of this industry due mainly to the increasing awareness associated with available treatment options and the eventual rise in popularity and adoption of these products. The Asia Pacific region is expected to witness high growth as a consequence of the untapped population base characterized with a snoring condition, higher levels of awareness regarding the effects of snoring, and the presence of well-established players in the sector.

If you’ve been suffering from snoring and have tried a lot of what’s out there, you may not have to wait too long before something new comes into your view. If the market increases like the article above says, the chances of a surefire solution to such an annoying problem can’t be far behind.

In the meantime, by far the most effective snoring solution on the market happens to be here. Not only is the GMSS a leader in its class; it is also practically the only widely available TSD mouthpiece out there. You’ll probably want to look at this solution first before you try anything else.