Adults often assume that all children are healthy because they are still young, right? Well, you got wrong because kids can get sick too. It does not mean that their bodies are still young they’re also in great shape all the time. Kids can get sick too and they may also be guilty of some very unhealthy practices like most adults do. Blame it on the changing times and role models that do not really emulate healthy living, kids these days are more prone to different diseases because of our increasingly sedentary lifestyle. And if you think that sleep is the least of their worries, then you are also mistaken because kids also experience various sleep issues like everyone else. 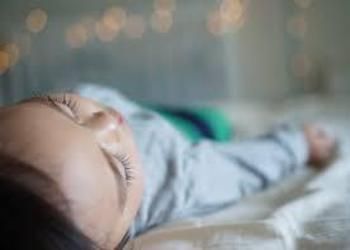 The truth is that kids need to sleep the most, unlike most adults who can survive despite their changing sleeping patterns. They need it to fuel their growing bodies since they undergo rapid growth and development until they reach maturity. It is such a shame, though, for kids that have sleep apnea because their growth may be stunted and they will be left behind by their peers. It is their parent’s responsibility to get their children checked by sleep specialists because sleep apnea in children exists and they need treatment despite their age. Gone were the days when people still laughed about snoring, the most common symptom of sleep apnea, because we are now aware of its dangers.

Snoring, in and of itself, isn’t necessarily a problem, so long as the child is sleeping well and breathing comfortably during sleep. Snoring among children is fairly common. But if parents are listening to their children’s breathing patterns at night, and notice pauses in the breathing and choking noises, it could be a sign of sleep apnea. This sleep disorder tends to be more prevalent in overweight children, children who have large tonsils, or children whose family members have sleep apnea. Sleep apnea tends to be more common in teenagers and older children. If you suspect your child has sleep apnea, it’s something you should bring to the attention of your child’s primary care doctor.

Sleep apnea is more than just night terrors and sleepwalking because aside from leaving your children sleepy and lackluster the next day, their bodies also receive less oxygen that has a big impact on their health. Imagine your child not breathing for several minutes multiple times throughout the night. Such a scary thought, indeed. You can live with the snoring but you’ll definitely feel anxious at the danger your child goes through each time they close their eyes in slumber.

While sleep apnea can occur at any age, it is less common in teenagers. Sleep apnea is usually discovered in school age children ages 3 to 6 and in older adults.

For parents whose children are restless sleepers, Dr. Jones recommends looking for related symptoms such as snoring, gasping or choking for breath, heavy breathing while awake, excessive sleepiness during the day and bedwetting. Children with sleep apnea may have trouble waking up in the morning and struggle in school.

While enlarged tonsils and adenoids are a common cause of obstructive sleep apnea, Jason had previously had them removed. So Dr. Jones performed a diagnostic sleep endoscopy, during which a fiber optic endoscope is passed through the nasal cavity to accurately diagnose the airway obstruction. The procedure revealed Jason had obstructive tissue in the upper larynx, which was removed in a surgery known as supraglottoplasty.

Kids actually experience sleep issues because of their changing bodies and habits as they get older. And if your child is unfortunate to have sleep apnea, you’ll find out about it early on as its cause is often a congenital anomaly that in turn blocks their airway such as an enlarged adenoids or tonsils. Surgery is usually considered as it can prevent any more airway obstruction and consequently get rid of the snoring too. And we all know surgery is a major leap and it has its own set of perils too. If you are still exploring options for your child’s health and well-being, you can have them use anti-snoring mouthpieces with the help of your doctor or dentist. It is easier for adults because they can just use brands like https://snoringmouthpiecereview.org/zquiet and https://snoringmouthpiecereview.org/vitalsleep, unlike children whose mouth is still smaller and might need something different yet offers the same benefits.