Never take snoring and sleep apnea lightly. Both are serious health issues that deserve your immediate attention. While snoring may not be as serious as sleep apnea, it’s best to address it as well. The dangers of snoring are well known.

Based on the latest study on snoring, there’s a good reason why you should address it at the soonest time possible.

Heavy snorers may have higher accumulations of the toxic protein tau — a bio-hallmark of Alzheimer’s disease — in the part of the brain that manages memory, navigation and perception of time, according to a new study released Sunday by the Mayo Clinic.

The new evidence, to be presented May 4 – 10 at the American Academy of Neurology‘s annual meeting in Philadelphia, supports a major link between an increased risk for dementia and sleep disruption. 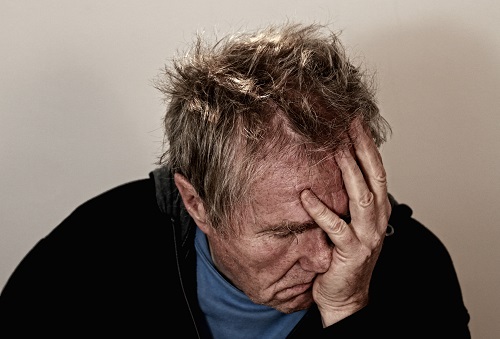 Since heavy snoring is often linked to sleep apnea, the study also includes the latter as a link to Alzheimer’s Disease.

That’s especially true for obstructive sleep apnea, researchers say, which is a potentially serious disorder where breathing repeatedly stops during sleep, researchers say. Using the population-based Mayo Clinic Study of Aging, researchers identified 288 people 65 and older who did not have dementia.

According to Dr. Diego Z. Carvalho of Mayo Clinic:

He further explains the reason for that possibility.

The entorhinal cortex stores and retrieves info related to visual perception when experiences happen, Carvalho writes, while the dysfunctional tau protein forms “tangles in the brains” of people with Alzheimer’s disease, contributing to cognitive decline.

Around 15 percent of the study group, or 43 participants, had bed partners who witnessed sleep apnea. Those with witnessed apneas had about 4.5 percent higher levels of tau in the entorhinal cortex than those observed in peaceful sleep. To minimize the impact of “confounding variables,” researchers accounted for several other factors that affect tau levels in the brain: age, sex, education, cardiovascular risk and other sleep complaints.

The bottom line: Yes, there’s a link between snoring, apnea, tau and Alzheimer’s — “but it’s a chicken and egg problem,” Carvalho says, pointing to the conundrum of “which comes first” as an underlying cause.

Although the study doesn’t exactly determine if sleep apnea is the reason for the toxic protein formation or vice versa, it still shows some significant findings. Still, more studies are needed to establish exactly what sleep apnea does to the brain.

Well, brace yourself to remain patient at bedtime, long-suffering, sleepy spouses, because “longer studies are now needed to solve this problem,” Carvalho says.

In the meantime, it’s pretty obvious that snoring should never be left untreated, let alone ignored. Considering the findings of the study, snoring should actually be taken more seriously nowadays.

There are ways to control snoring. One effective way to do so is by wearing a snoring mouthpiece.

The market is now flooded with snoring mouthpieces. Unfortunately, not all of them are safe and effective. Even worse, some of them could really be expensive.