Sleep is a fundamental human need. Whatever your age or gender is, we all sleep at the end of the day. Losing sleep not only leaves you feeling grumpy and exhausted but can put you at risk of serious health conditions like cardiovascular diseases, among others. Sleep deprivation also speeds up aging and makes you look older than your real age. 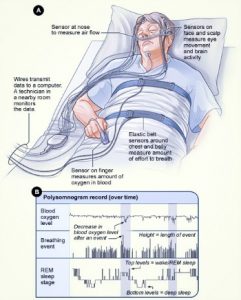 However, it is not your fault that you lack sleep. Sometimes, conditions like sleep apnea can mess with your sleeping and that of your significant other too. While most people ignore sleep apnea, it actually is a serious condition that can require immediate medical attention.

Getting a good night’s rest is essential for good health, but people with sleep apnea aren’t able to succumb to slumber. Affecting an estimated 100 million people world-wide, obstructive sleep apnea causes episodes of stopped breathing during sleep, and the result is a fragmented, restless sleep that leaves sufferers exhausted and drowsy during the day. Here, five men and women speak about living with sleep apnea.

It is actually easy to diagnose sleep apnea because of its characteristic symptom: snoring. However, since snoring affects many people, most of us tend to brush it off aside and consider it as one of those things you have to endure in life. The sad thing about snoring, though, is that it can actually be fatal especially in the elderly.

Sleep experts agree that chronic poor sleep in general and obstructive sleep apnea in particular (OSA) in anyone, but especially in older adults, can be fatal. They say they’re heartbreaking, literally.

“I’d just like to further stress the seriousness of obstructive sleep apnea and how it can hurt hearts,” said. Dr. Raj Dasgupta, MD, a Fellow of the American Academy of Sleep Medicine (AASM) and assistant professor of clinical medicine at the Keck School of Medicine at the University of Southern California (USC). “Research shows untreated, severe obstructive sleep apnea more than doubles your risk of dying from heart disease.”

Dasgupta is referring to a study done last year by several departments of otolaryngology, head and neck surgery and sleep medicine at Shanghai Jiao Tong University in China. The authors analyzed electronic data from some 27 studies of more than 3 million people all over the world that evaluated the associations between OSA and all causes of death, paying close attention to cardiovascular events.

Researchers found that all deaths, and specifically cardiovascular mortality, were significantly lower in CPAP-treated than in untreated patients. Thus the researchers concluded that “Greater attention should be paid to severe OSA, as it is an independent predictor for risk for all-cause and cardiovascular mortality.” They further stated that “CPAP is an effective treatment that reduces risk of mortality.”

The risk of death is real among older people, so sleep apnea should be treated as soon as possible and can be greatly advanced with the help of a medical expert who has specialized in sleep apnea treatment.

In most cases the initial treatment approach is a combination of lifestyle and behavioral modifications including weight loss and avoidance of alcohol use at night and the use of CPAP, short for continuous positive airway pressure device. While CPAP is very effective in keeping the throat open and a great solution for some, struggling with its continued use is not uncommon.

A wealth of possible treatments from oral appliances, throat exercises, and nasal resistors (just to name) a few are available. However, some patients prefer not to use any attachments or devices while they sleep and opt for a surgical solution.

While there is no perfect solution for sleep apnea, there are different medical tools and strategies one can adopt to relieve them of this excessive narrowing of the airway during sleep. With the help of your doctor and your family, it is possible to get that good night’s sleep again without the constant bother and threat of snoring – and worse, sleep apnea. If snoring is a constant issue, get yourself tested now and explore which combination of devices and techniques will ensure that you can stop your snoring!

Unless you live comfortably as a member of the 1%, chances are you are attempting to be financially savvy by implementing a budget and adhering to it. The world costs money and we can only work ourselves to death so often before we really do die in our boots. 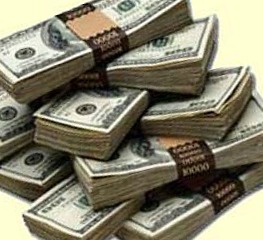 In order to be ready to put in those long hours either during your commute or at the office you need to make sure you’re getting a good night’s sleep. There are several variables that will impact your sleep health: your stress level, whether or not you consume drugs or alcohol before sleep and your overall sleep health. Many people have unhealthy relationships with their sleep which impacts their productivity during the day. Do you snore? Are you sure? Maybe no one has ever told you that you snore, but you still wake up feeling tired and like you didn’t get a wink at all.

This can be very dangerous for your health. You can face other problems that can end up costing you a lot of money:

ASM (American Academy of Sleep Medicine) declared that 29.4 million of residents in the country are suffering from obstructive sleep apnea. Sadly, only 20% of them know about it. In effect, the country spends $149.6 billion dollars for the treatment and the long term health consequences that results from it. If sleep apnea is not treated, this will significantly reduce the productivity of the individual. Numbers of vehicular accidents will also rise and workplace injuries.

Sleep apnea results to daytime sleepiness once untreated. This can be very risky, especially to drivers since they will be prone to road accidents 5 times more than those who don’t have any snoring issues. Hence, they will be more vulnerable to crash on the road.

Sleeping with someone who snores can be very irritating. And you can’t just take this for granted since this can be a symptom of a serious medical issue. In U.S., one out of 10 people has this problem which costs the country billions of dollars per year.

‘In sleep apnea, the mouth’s muscles do not work properly. Hence, every short period of time, the person stops breathing’, said Dr. Jennifer Caudle; a family medicine doctor in New Jersey. Sometimes, the person does not even know he has sleep apnea, Caudle said. Not knowing that you have this condition will put you in trouble. Once you stop breathing, you will snore, disrupting your normal sleep pattern. As a result, you will experience sleepiness and fatigue. If left untreated, this results to increased blood pressure, obesity, heart ailment and diabetes.

Medical care isn’t cheap and the longer you ignore a problem the worse, and more expensive, it will get. There are simple ways to deal with snoring, if that’s the affliction you suffer from. First and foremost you should meet with a sleep specialist and get yourself tested. You may need a referral from your primary health care provider. Your healthcare provider can also discuss various options with you. A mouthpiece like the ZQuiet (review here) may help alleviate your snoring if that is your issue.

Maybe you suffer from a sleep disorder because you have a lot of stress in your life. Or maybe you’re a bit overweight and need help losing the pounds. Whatever the case may be, speaking to a professional and getting some insight and assistance is the first thing that should be on your list.

Once you’ve identified the problem, you can work on the solution. The faster you catch it the better off you’ll be. This way you can save your hard earned money for something more gratifying, like that deluxe edition convertible or that expensive pair of shoes. Whatever your guilty pleasure is, wouldn’t it be nice to have a bit more cash to spend on it?