Sleep is a crucial part of life. Whatever our pursuits are in our day-to-day, we ultimately get tired and sleepy at the end of the day. It is our body’s way of telling us to rest and recuperate to prepare for what lies ahead the next day. And whether you are a light or deep sleeper, being able to get some decent sleep is a must daily. 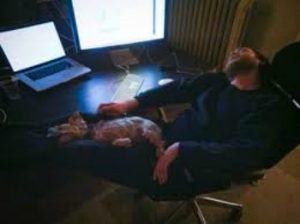 Napping during the day is also a great practice especially if you are a busy bee who got lots of things to do each day and need a few minutes to recharge and move on. People living in big cities often don’t have the time of day to lie down for a few minutes and grab some quick eye but napping actually has lots of health benefits that you should look into.

How many times have you found yourself wishing you could rewind to Preschool, when afternoon naps were mandatory? Well, a U.K.-based fitness chain is about to make that daydream a reality with “napercise,” a group class in which participants quite literally nap for 45 minutes.

According to David Lloyd Clubs, for their “40 winks workout,” single beds will replace spin bikes in the studio. The thermostat will be turned down, and relaxing music will play over the sound system to create the perfect environment for catching Zs. The first napercise sessions are scheduled for this weekend.

While the concept may seem silly, the motivation for the class is no joke. The idea came about after a David Lloyds Clubs survey found that 86% of parents struggle with fatigue, and 26% generally get less than five hours of sleep a night. Napercise was born to help “exhausted mums and dads boost their mental and physical wellbeing,” the company said in a press release.

Don’t take such a class as a laughing matter because many people are actually interested in joining. We loathed being told to sleep when we were younger but as we grew up, we realized how valuable sleep is and thus consider it more of a luxury as we juggle all our adult responsibilities.

Sleep. The one thing that you can never get back. Growing up, you battled the Sandman. Moving your bedtime later and later. When high school gets over, you make your own decisions on bedtime and that could mean hitting the sack early or burning a candle on both ends.

Power napping is a skill. Not everyone can master it and make it work for them. There’s a delicate balance to napping that you shouldn’t cross or else it might do you more harm than good.

The two things that I have learned about my recent attempt to regain my energy is that I don’t actually have to fall asleep and not to oversleep.

The first seems to be counterintuitive, but a nice relaxing spot, eyes closed and light noise in the background can go a long way with feeling refreshed. Ideally, you want to doze off for a little bit, not reaching REM sleep, and wake up. Drowsiness will be there for a minute or two, but you should be able to get through it.

The other thing is to not oversleep. I know that when you find your inner peace, you want to continue until you wake up on your own, but you have to set an alarm and get up. Taking a longer nap may actually leave you more lethargic than energized.

Poor sleep is a common complaint among the millennials of today. They actually are the ones making most of the workforce today and one of the most overworked too. Life these days isn’t a walk in the park. It’s hard to sleep on time or set a regular bed time because of technology. How many times have you found yourself unable to put down your phone because you are so engrossed in checking all your social media accounts?

However, there are some who don’t have a choice as to why they lie awake at night. It’s usually because of a sleep disorder like sleep apnea. If you are one of the unfortunate few who is suffering from this condition, maybe https://snoringmouthpiecereview.org/snorerx can offer you relief.