We are not new to snoring. Since we were young, we have heard our older relatives including our parents and most especially the guys snoring in their sleep. We often made fun of them as kids not realizing it actually is a medical condition that likewise needs medical attention. The sad reality is that people can actually die from sleep apnea. Breathing is essential to life. You actually cease from breathing for several seconds and it happens multiple times in your sleep. 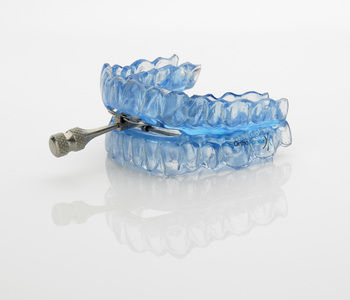 Sleep apnea management only manages the symptom and does nothing to get to the bottom of the condition. Unfortunately, there is no cure yet for it but many scientific advancements have already been made to try at least overcome the snoring part. Snoring in itself has its hazards even if it is only one of the symptoms of sleep apnea. The loud snoring sound is enough to drive couples apart because of the chronic sleep deprivation that the unfortunate partner has to endure because of the loud snoring sound coming from their snoring partner when they are asleep.

It’s been two decades since doctors fully recognized that breathing that stops and starts during sleep is tied to a host of health issues, even early death, but there still isn’t a treatment that most people find easy to use.

Airway pressure masks, the most common remedy, have improved in design, getting smaller and quieter, but patients still complain about sore nostrils, dry mouths and claustrophobia.

Now, new ways of conquering sleep apnea, and the explosive snoring that comes with it, are vying for a place in the bedrooms of millions of people craving a good night’s sleep. Products range from a $350 restraint meant to discourage back sleeping to a $24,000 surgical implant that pushes the tongue forward with each breath.

Despite tech advancements, there remains to be no cure for sleep apnea. CPAP is the best management for it but it has a low compliance rate because it is extremely uncomfortable for the people using it and the reason may be this: https://snoringmouthpiecereview.org/why-a-cpap-machine-is-probably-not-for-you. Dentists can fit you with sleep apnea mouthpieces to reduce snoring and open up the airway but the major downside is the jaw pain felt especially during the first few days and weeks of use. You can’t also rely on sleeping pills because it can worsen your sleep apnea and not only make you snore louder but may also compromise your health.

Meanwhile, surgery is often indicated to younger kids because that is when the anomaly in one’s mouth is often discovered. When you are older, surgery does not always solve the problem so don’t assume that it can put an end to your snoring.

A Calgary sleep researcher has developed a wearable piece of technology that is the first step in addressing a sleep issue that robs a significant portion of the population of a full night’s rest.

People with sleep apnea, which affects as many as one in four Canadians according to the Canadian Agency for Drugs and Technologies in Health, are startled awake numerous times throughout the night when they stop breathing. The sleep deprivation has been commonly linked to fatigue, headaches, depression and fibromyalgia.

Traditionally, sleep apnea is treated with either costly custom-fitted oral appliances that may not fit properly or a CPAP machine where the patient wears an intrusive face mask that supplies a stream of air but a Calgary team believes they have designed a better method.

Wearable technologies are often the design where sleep apnea devices are patterned from and many of them have proven helpful in keeping snoring at bay, so the person can sleep well through the night and feel rejuvenated the following morning enabling them to be more productive during the day. There are newer appliance therapies that not only opens up the airway but also monitor the vital signs of the user while at the same time repositioning the jaw in your slumber.

Those who tried it usually claim they are now able to sleep better and feel more energized. You can try the more popular brands sold today like https://snoringmouthpiecereview.org/snorerx rather than continue suffering from the dangers of snoring every time you close your eyes at night.