Who doesn’t like to sleep, right? Hitting the sack after a long and hard day at work is one of the best feelings in the world. Not only do you get to rest and relax in your slumber but sleep facilitates various restorative processes that the human body desperately needs. If only sleeping is just as simple as that. There are various distractions that prevent a person from getting that needed shut-eye each night. From technology to failed relationships to school or office work, you may consciously extend your day far longer as you try to finish everything before going to bed. 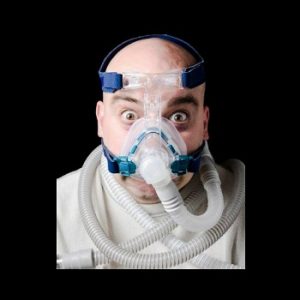 And then there are those health conditions that impair your sleep that is totally out of your control. Sleep apnea is a perfect example. Sleep apnea is a serious sleeping disorder that is characterized by breathing pauses during your slumber. These breathing pauses happen countless times throughout the night that leaves your brain deprived of oxygen while you are asleep. It is also accompanied by a loud snoring sound that can disrupt the sleep of your sleeping partner or spouse that may result in unique sleeping arrangements where couples don’t sleep in the same room anymore. However, the biggest threat of all is the possibility of dying in your sleep. Scary thought, right?

An autopsy report has revealed that actress and writer Carrie Fisher died of sleep apnea, along with other factors, The Los Angeles Times and other outlets reported. The medical examiner also listed atherosclerotic heart disease and drug use as “other conditions.” Cocaine, methadone, MDMA (ecstasy), alcohol and opiates were found in Fisher’s system.

While the drugs have made for splashier headlines, the dangers of sleep apnea — especially as we age — are often misunderstood and discounted.

A 2013 Mayo Clinic study found a link between obstructive sleep apnea and cardiac death. “The presence and severity of sleep apnea are associated with a significantly increased risk of sudden cardiac death,” said study leader Dr. Apoor Gami in a statement. Gami is a cardiac electrophysiologist at Midwest Heart Specialists-Advocate Medical Group in Elmhurst, Ill.

Just think about it, you literally stop breathing in your sleep if you have sleep apnea. And worse, it happens every single time you close your eyes for the night. No exception. You face this risk every single day. Studies even show that individuals diagnosed with sleep apnea are more likely to die of a heart attack around 10 pm to 6 am. Of course, the risk doubles if you are already suffering from heart problems.

At least half a million people in San Antonio have sleep apnea, causing us to snore and gasp for air while we sleep.

“What happens when people fall asleep is your brain has to choose oxygen or sleep. If you’re alive today, it chose oxygen last night.”

You see? What happens if your brain malfunctions and it chooses sleep over oxygen. Need I say that the result will be deadly?

There is considerable evidence that sleep apnea does much more than just disrupt your sleep. Sleep apnea — which commonly occurs in those who snore loudly — is defined by recurrent pauses in breathing. This may be caused either by obstruction of the airway or by the brain forgetting to prompt a breath. When this happens, oxygen levels fall, carbon dioxide levels rise, and there is a spike in blood pressure, heart rate, and hormones like cortisol as the body reawakens to breathe.

Sleep apnea has been linked to many chronic medical conditions, and even sudden death. Learn about the association between sleep apnea and hypertension, heart disease, heart failure, heart attack, stroke, and sudden death.

Breathing dysfunctions can trigger a heart attack and sudden death in your sleep. Aside from that, sleep apnea worsens other heart issues like arrhythmia and stroke that may also lead to death when not treated promptly. The statistics show that roughly 42% of sleep apnea-related deaths were due to a heart disease. Since there is a strong correlation between sleep apnea and heart disease, make sure you get yourself checked in a sleep clinic and get treated for it too so you lower your risk of dying of heart attack when worse comes to worst.

While CPAP is the treatment of choice, there are other more convenient solutions for sleep apnea that won’t require you to go under the knife. A snoring mouthpiece like this one: https://snoringmouthpiecereview.org/snorerx is a great alternative for individuals who aren’t comfortable using CPAP every time they sleep. If you want to know why you are better off without CPAP, read on: https://snoringmouthpiecereview.org/why-a-cpap-machine-is-probably-not-for-you. No need to fret because there are more options out there, so you should not sleep at night and continually put yourself at risk of sudden death or compromise the sleep quality of your partner because of your sleep apnea.