You’ve probably heard of ZQuiet. It’s a well-known anti-snoring mouthpiece. If you’re already using it, good for you. If not, why not look into it. Who knows? It might be just be the right mouthpiece to help you stop snoring.

ZQuiet mouthpiece is a mandibular advancement device, also known as MAD. It is fitted into the mouth before sleeping to stop the snoring.

The most widely used mouth device for sleep apnea, MADs look much like a mouth guard used in sports. The devices snap over the upper and lower dental arches and have metal hinges that make it possible for the lower jaw to be eased forward. 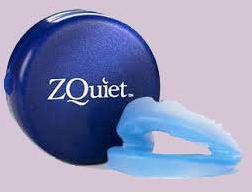 ZQuiet mouthpiece has been ranked the top anti-snoring mouthpiece for 2019. This is according to Nutshellnutrition.com.

Overall the ZQuiet thoroughly deserves the #1 spot on our list.

On their website you can see numerous five star reviews from individuals just like yourself who have suffered from the negative effects of snoring, and read their stories of how this simple product has changed their entire life for the better.

In addition to the reviews, ZQuiet more importantly has the backing of several well renowned dentists and dental practitioners worldwide. Who praise it for its innovative and non-invasive design.

Now, hold on. It’s not enough to know that ZQuiet mouthpiece is ranked number one. Before deciding on using it, here are 4 crucial things that you should know about this particular mouthpiece.

ZQuiet mouthpiece was created by a couple who suffered a lot from snoring.

It all started because Dan Webster snored. Exiled to the living room couch so his wife Katrina could catch up on her sleep after the birth of their second child, Dan had surgery on his airway in the hope of regaining his place in the bedroom. The elective procedure was not covered by insurance, and after a long and painful recovery period, the snoring returned. It was then that Dan began to research oral appliance therapy, and soon, the couple decided to create their own anti-snoring device.

In 2008, in cooperation with an engineer and a dental sleep practitioner, the Websters created ZQuiet.

The ZQuiet mouthpiece is ready to use. It’s not a boil-and-bite anti-snoring mouthpiece. This is interesting mainly because most of the MAD type mouthpieces are some kind of boil-and-bite situation, which can be good, but also can wear out the mouthpiece quicker.

It is not adjustable but for starters, there are two items of different sizes in one kit so that you can try both and chose the more comfortable one. The manufacturer suggests that the user first tries size No.1 and in case this does not help to decrease snoring, move to size No. 2. The thing is that the former provides a 2-mm jaw advancement while for the latter it is 6 mm.

The ZQuiet mouthpiece has a distinct feature that cannot be found in the other anti-snoring devices.

“Many anti-snoring devices severely restrict the movement of the mouth during the night, by locking the jaws into place,” said Product Reviewer, Brian Lemis. “One of the reasons that I have recommended the ZQuiet as one of the best devices is because of its ‘living hinge technology’; a proprietary, thermoplastic elastomer frame that allows the user to move the jaws, talk or even take a drink at night.”

The ZQuiet mouthpiece is one of the few anti-snoring mouthpieces that has been cleared by the U.S. Food and Drug Administration.

Unlike many forms of sleeping aids on the market, this device is cleared by the FDA. So while it may be cost slightly more than other anti-snoring devices out there, it is also deemed to be safe for use and effective.

An FDA clearance ensures that the product is made of materials that are safe and that it works for its intended purpose. The technology behind it has been used for decades and studies show that moving the lower jaw forward can significantly reduce snoring in over 90% of cases.

At a glance, these are the 4 crucial things to know about the ZQuiet mouthpiece. For a more in-depth review of the mouthpiece, visit https://snoringmouthpiecereview.org/zquiet.

Or check this out: