posted by Steve December 18, 2018 1:37 am under ZQuiet Snoring, Snoring Problems

Many people are annoyed by snorers because their sleep noise prevents them from getting a good night’s sleep. Unfortunately, this isn’t just an irritating habit but a medical danger that requires medical attention. Snorers actually experience a closure of their airway in their sleep because of the vibrations triggered by snoring, meaning they can be deprived of oxygen for several seconds throughout the night. We all know that breathing is life and just the thought of not breathing in your sleep because of snoring due to sleep apnea can scare many people out of their wits. 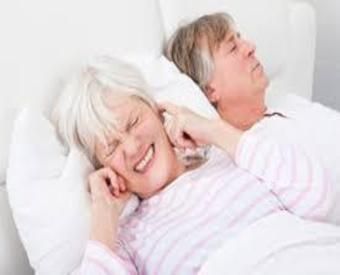 Snoring is often caused by a structural anomaly in your airway that prevents people from breathing with ease when they are unconscious. Along with it are medical risks mainly from the lack of oxygen in the brain. Aside from that, snorers also suffer from poor sleep quality that predisposes them to accidents and the inability to focus and do better at work or in school because they feel sleep deprived and get so drowsy in the middle of the day they are unable to finish their assigned tasks.

Someone might snore sporadically if they’re suffering from allergies or a cold, if they’ve been drinking, or even in some cases if they sleep on their back. A more regular snoring habit can come from chronic untreated allergies, weight gain, or a structural problem in someone’s nose or throat.

Loud snoring, of course, creates discomfort for the snorer and dismay for anyone who happens to share a room with them. But snoring can sometimes be a more serious problem — it’s one of the primary symptoms of a common medical condition called sleep apnea.

In a person with sleep apnea, their airway closes often enough to impede the flow of oxygen to their body and brain. That’s difficult to live with on a day-to-day basis, as it ruins sleep. It also increases risk for cardiovascular problems like strokes and heart attacks, as well as a number of chronic medical conditions including diabetes and high blood pressure.

There is no cure for sleep apnea but there are treatments you can try to help reduce its dangers and it often involves the use of anti-snoring mouthpieces and gadgets. Even with CPAP or surgery, there is no assurance that your snoring will go away.

While we often focus on the medical issues involving sleep apnea and snoring, we fail to realize its impact on people and their relationships. Snoring is especially detrimental to partners and married couples who sleep in the same bed. The snoring sound can drive the other partner crazy and at times, their love is not enough and it fades as they have to endure sleepless nights and unproductive hours during the day because of the chronic sleeplessness.

Snoring doesn’t unilaterally affect all couples the same way. Some snorers are married to deep sleepers, who might not even notice. However, for the others, the nighttime drama can be grating.

Julie Bane, a comedian, was pestered by her husband for years about losing sleep over her snoring. Constantly having to shake her awake so he could sleep was exhausting for both of them. And the issue spilled into the day, too. “. . . It made me irritable because I wasn’t sleeping well, and I’d be crabby the next day,” she remembers. Not to mention, the potential resentment built up from both of them constantly waking each other up.

Snoring can push our partners away, causing friction and spoiling intimacy. Phil Reames, a financial planner, says, “We spent years with my wife nudging me in the back and telling me to go sleep on the couch. Finally, I had enough and said, sorry you are such a light sleeper, but if it bothers you, you go sleep on the couch.”

Couples often have separate sleeping arrangements to help them cope with snoring while others literally get divorced or separated because they can no longer tolerate their snoring partner’s annoying sleeping habit. For understanding partners, they take the burden of losing a few sleep now and then and helping their snoring partner explore sleep apnea treatments. It may involve the use of different oral gadgets and devices that promise to put an end to sleeping to more complex medical solutions to snoring.

Most of the time, these devices like https://snoringmouthpiecereview.org/zquiet and https://snoringmouthpiecereview.org/vitalsleep work but it is on a case-to-case basis. If one device does not work for you then explore other options. Seek professional help because sleep apnea is a serious medical malady requiring medical attention. Don’t take risks you can’t win over.