There are plenty of issues that people with sleep concerns will face. When you can’t sleep well, it throws off your entire day and sometimes your whole week! Snoring is a major sleep issue that more people suffer from than they realize. If you sleep alone, you might never know that you are a snorer until you can’t figure out why you’re so tired every single day. There are several causes for 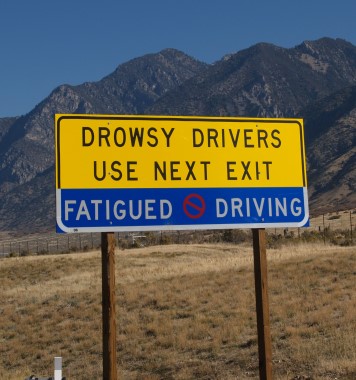 snoring but the most common is that your muscles in your mouth and throat are so loose it causes vibrations when you breathe. This is what gives way to the snoring sound we’ve all come to identify, thanks to television.

Another major sleep issue is Sleep Apnea and Obstructive Sleep Apnea (OSA). Those who suffer from OSA will literally stop breathing several times at night. This interrupts the sleeping pattern and deprives the brain of oxygen.  It can have serious side effects for the waking hours and generally a special machine is needed to help the sufferer breathe and sleep uninterrupted at night. This is why a mouthpiece like the SnoreRX can be huge. It can easily contain your apnea. Read our SnoreRX review here.

Because the side effects of untreated snoring can severely impact your job, some occupations are making testing for OSA a mandatory component:

On July 8, the National Transportation Safety Board (NTSB) closed its period for public comments regarding a proposal that would make it mandatory for all commercial drivers to be tested for obstructive sleep apnea (OSA), which has been identified as one of major causes of truck accidents.

The NTSB, in consultation with the Federal Motor Carrier Safety Administration (FMCSA), is expected to make its recommendation before the end of 2016, which could authorize the U.S. Department of Transportation to propose a new law regarding the treatment of sleep apnea among commercial truck drivers.

Because sleep apnea interrupts the sleep cycle, people with this disorder often struggle with focusing and remaining alert during the day.

And occupations such as truck driving are physically and mentally taxing, which when combined with sleep apnea, can make for a fatal combination for other drivers.

A joint study by the University of Pennsylvania, FMCSA and the American Transportation Research Institute of the American Trucking Associations, found that 28 percent of commercial truck drivers have mild to severe apnea.

What’s even scarier is that truck drivers are more likely to exhibit certain risk factors of sleep apnea.

Does this mean that sufferers of sleep apnea can never be truck drivers? Of course not. What this means is that the industry has identified a potential safety issue and are taking the steps to manage it. The good news is that the more people who are identified as having OSA, the more assistance they can get. Remember, not everyone has someone in their bed who can let them know what they do in their sleep. There is no other way for people to find out just what goes on during the night if no one tells them.

While this may be an occupation people with OSA should rethink going after, it doesn’t mean that being a truck driver is impossible. Driver fatigue has long been a serious issue for truck drivers so it should be comforting to know that serious thought into the causes of fatigue are being investigated. We will continue to need truck drivers until they invent teleportation. Until that time, let’s make sure our roads, and our truck drivers, are safe.