Youth is almost completely synonymous with good health. Who would actually think that the young ones are at risk of any kind of  heart problems? Unfortunately, they, too, could face such problems. Such is the case with young athletes.

Young athletes, who snore and suffer from sleep apnea, are at risk of heart problems. This is backed up by a study.

A study of university rugby players has shown that they are more likely to suffer sleep disordered breathing than an average middle-aged man. The study also showed that the athletes who experience this problem are also more likely to have low levels of oxygen in their blood and higher pulse rates during the night, suggesting that athletes with sleep disordered breathing may be at risk of heart abnormalities. 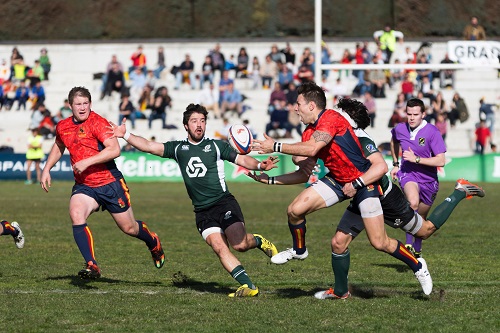 These findings aren’t exactly what you would expect from young and vibrant athletes. As a matter of fact, low levels of oxygen in the blood and high pulse rates are the last thing you’d expect from a young athlete at rest. Apparently, those dangerous symptoms are seen  in the alarming rate of young athletes dying from sudden cardiac diseases.

The researchers say this study could indicate that sleep disordered breathing is a factor in the phenomenon of seemingly healthy young athletes dying from a sudden and unexplained heart attack.

So, what is a sleep disordered breathing? It must be something serious considering it affects young athletes. If it could affect them, it could possibly affect any young person as well.

Sleep disordered breathing (SDB) is characterised by abnormal respiratory patterns or pauses in breathing during sleep, ranging from snoring to sleep apnoea, where the airways close completely or partially many times during sleep. Having a high BMI, being over 40 years of age and having a large neck circumference are some of the common factors associated with SDB. If untreated, patients with SDB-related conditions face an increased risk of developing chronic diseases such as cardiovascular disease, heart failure and type 2 diabetes.

It’s important to note that the study was conducted on young athletes involved in collision sports. Obviously, they’re a lot younger than 40. However, they’re considered to have a larger neck circumference and higher BMI.

The study, published in ERJ Open Research, was led by Yoshitaka Iso, a cardiologist and Associate Professor at Showa University Research Institute for Sport and Exercise Sciences, Yokohama, Japan. He explained: “We wanted to investigate the prevalence of sleep disordered breathing in collision sport athletes, such as rugby or American-style football players, because we know that they usually have a higher BMI and larger neck circumference than athletes from other sports.

According to Professor Iso;

“Sleep disordered breathing was observed in 43% of the young athletes we assessed. This is a higher rate than we expected, and is higher still than the levels of SDB reported among middle-aged men from the general population of the US and Europe. Our data also showed that several potential warning signs, such as effects on the athletes’ breathing and heart rates, occurred frequently among the athletes with SDB.

Although the study points out that none of the young respondents have shown any kind of serious heart problems, it does not totally eradicate the possibility of such in the future. The study also emphasizes the need for contact sports athletes to be aware of the dangers of SDB.

Young athletes involved in contact sports should be very careful, If they find themselves snoring, they can try wearing a mouth piece, like SnoreRX. The https://snoringmouthpiecereview.org/snorerx mouth piece might just be able to help young athletes overcome some serious heart problems in the future.