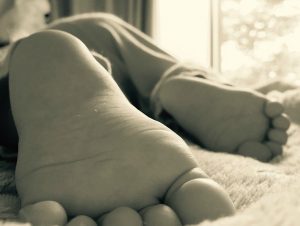 Kids are supposed to be fancy-free and energetic. They’re supposed to climb trees, make believe a cardboard box is a spaceship and ask you those thought provoking questions that seem a little wise for their years. Kids aren’t supposed to get sick and they aren’t supposed to suffer those trials we tend to face when we’re adults. Nothing could be farther from the truth, however. Kids are not as invincible as we’d like them to be. They do get sick and sometimes, they suffer from issues that should be left to adults. Snoring is one of those issues which can be a sign for other disorders. It’s important to be aware of what these disorders can look like so that you can take appropriate action, if necessary:

Once in awhile, kids suffer grown-up medical problems such as multiple sclerosis, sleep apnea or stroke. None of these conditions are rare, but the fact that they hardly ever occur in children causes special frustrations and challenges for young patients, as a story in the current issue of Neurology Nowdescribes. Doctors don't always think to look for these diagnoses in children, so they may mistake kids' symptoms for other childhood medical problems and treat them incorrectly.

That's especially true of children with sleep apnea, says Rafael Pelayo, MD, a sleep specialist with Lucile Packard Children's Hospital Stanford who is quoted in the story. Sleep apnea patients repeatedly stop breathing during sleep, making it hard for their brains to get enough oxygen. Kids with this condition are chronically overtired '” and they act that way, as he explains:

Diagnosis of sleep apnea in children is tricky because symptoms such as hyperactivity and inattentiveness can resemble those of attention deficit disorder (ADD), says Dr. Pelayo. Sleep apnea in children generally first appears between the ages of 3 and 6, the same ages when many ADD diagnoses are made. 'It's estimated that as many as 25 percent of children diagnosed with ADD actually have sleep apnea,' he says. 'Sleep disruption should be considered before any kid gets labeled [with ADD].' In many cases, once the sleep apnea is treated, the behavioral problems disappear, he says.

The good news is that with the correct diagnosis, pediatric sleep apnea is usually not difficult to treat. Some children need surgery to remove large adenoids and tonsils, which can block breathing. Patients may also need to wear headgear at night to help their jaw grow correctly, and some children require continuous positive airway pressure while they sleep, a treatment often used for adults. But it's important for parents who notice loud snoring or frequent gaps in their child's sleep breathing to get the issue investigated so that kids don't miss out on needed treatments. 'The misperception is that the problem will go away on its own,' Pelayo says.

Children are the embodiment of all our youthful dreams. Running free in fields and laughing loudly without a care in the world. As much as we want to keep them that way we, as the adults and the parents, need to be on the look-out for potential issues. If these issues are found in a child you know it’s important to have them meet with a medical professional. There are so many other things kids should be worrying about. Their sleep health shouldn’t be one of them, but if it is, you can work with your child to make sure they have the best sleep possible.

The time is now. Counting sheep never looked so good.