What is Nasal Snoring?

Nasal snoring is actually a bit of a misnomer. You do not actually snore through your nose, rather having problems with the nose can cause you to breathe through your mouth and it is that that causes the snoring. There are a number of possible causes for nasal snoring.

With cases where you have either small nostrils or the nostrils collapse as you breathe in, air is prevented from being inhaled through the nose meaning that all the breathing is through the mouth. A way to test if you have collapsing nostril is to look in a mirror. Close your mouth and press one nostril shut, then try and breathe through the other nostril. If the nostril collapses try to hold it open with something small like a matchstick or cotton bud. If you find breathing easier holding it open, the use of nasal dilators could be the solution to your snoring problem or breathing strips that are stuck over the nose and hold the nostrils in an open position. 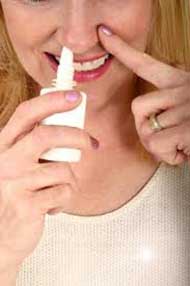 A blocked noses is one of the most common reasons why we breathe through our mouth. It may just be a short term issue, like a common cold for example. If it is persistent though the reason for it should be investigated.

An allergic inflammation of the nose, allergic rhinitis, is a common cause of nasal snoring. In bed dust and house dust mites can cause congestion similar to that of smokers. Asthma and eczema allergic reactions can also cause snoring. Allergic reactions to animal hair and feathers, including those used in feather pillows, are very common causes of snoring. Changing your bedding to a manmade fiber may get rid of your snoring problem immediately. You may be allergic to pet hair and if the pet has been on your bed the snoring will become worse. Fabric softeners, air fresheners and cosmetics can also cause symptoms similar to an allergic reaction.

Physical obstructions usually require surgical intervention to correct the problems. However, a survey carried out by the British Snoring & Sleep Apnoea (British spelling) Association, the BSSAA in June 2011, found surgery for nasal snoring was not very successful and no clinical evidence was found to support the effectiveness of surgical. Only 7% of participants reported that the surgery stopped their snoring. Interestingly the survey went on to ask if the participants for who the surgery was unsuccessful had found other alternative methods to resolve their snoring problems;

''¦.82% of them said they had found other resolutions to their snoring. For those for whom surgery initially resolved the problem but snoring resumed, only 75% of these participants have now stopped snoring through other means. Interestingly, 40% of participants who have stopped snoring through other means, have done so using CPAP (Continuous Positive Airways Pressure) and 37% have found success using a MAD (Mandibular Advancement Device) to stop their snoring.'

The CPAP and MAD solutions do not cure snoring, they are however, effective methods of stopping snoring and the health problems that are associated with long term snoring 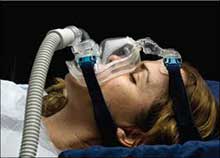 This is a device attached to a machine that fits over the mouth and nose or just the nose, and forces a continuous air pressure into the air ways. It is very effective at stopping snoring but there are some side effects such as nose bleeds and many patients stop the treatment due to the discomfort involved.

MADs are small plastic devices that you place in your mouth before you go to sleep. How they work is to push the lower jaw a little forward of the upper jaw. There are a number of variations of MADs. Some are supplied via doctors or dentists but there are many types available direct from the manufacturers. They are inexpensive and many suppliers offer a money back guarantee that if you are unsuccessful with their device or even if you do not like it. There are some restrictions on who can use a MAD, mainly concerned with teeth and jaw problems, but these are spelled out in the literature.

Clinical trials have found no difference between the effectiveness of CPAP or MAD method for stopping snoring.